By clicking “Accept All Cookies”, you agree to the storing of cookies on your device to enhance site navigation, analyze site usage, and assist in our marketing efforts. View our Privacy Policy for more information.
PreferencesDenyAccept

The power of a brand can be incredible, However, competing with multinational brands as a homegrown startup can be tricky. COVID-19 has increased the ‘buy local’ mantra, amplifying the relevance of local brands. Here, I take a look at local brand authenticity and a buy-local ethos, through the story of the Cornish surfing industry. 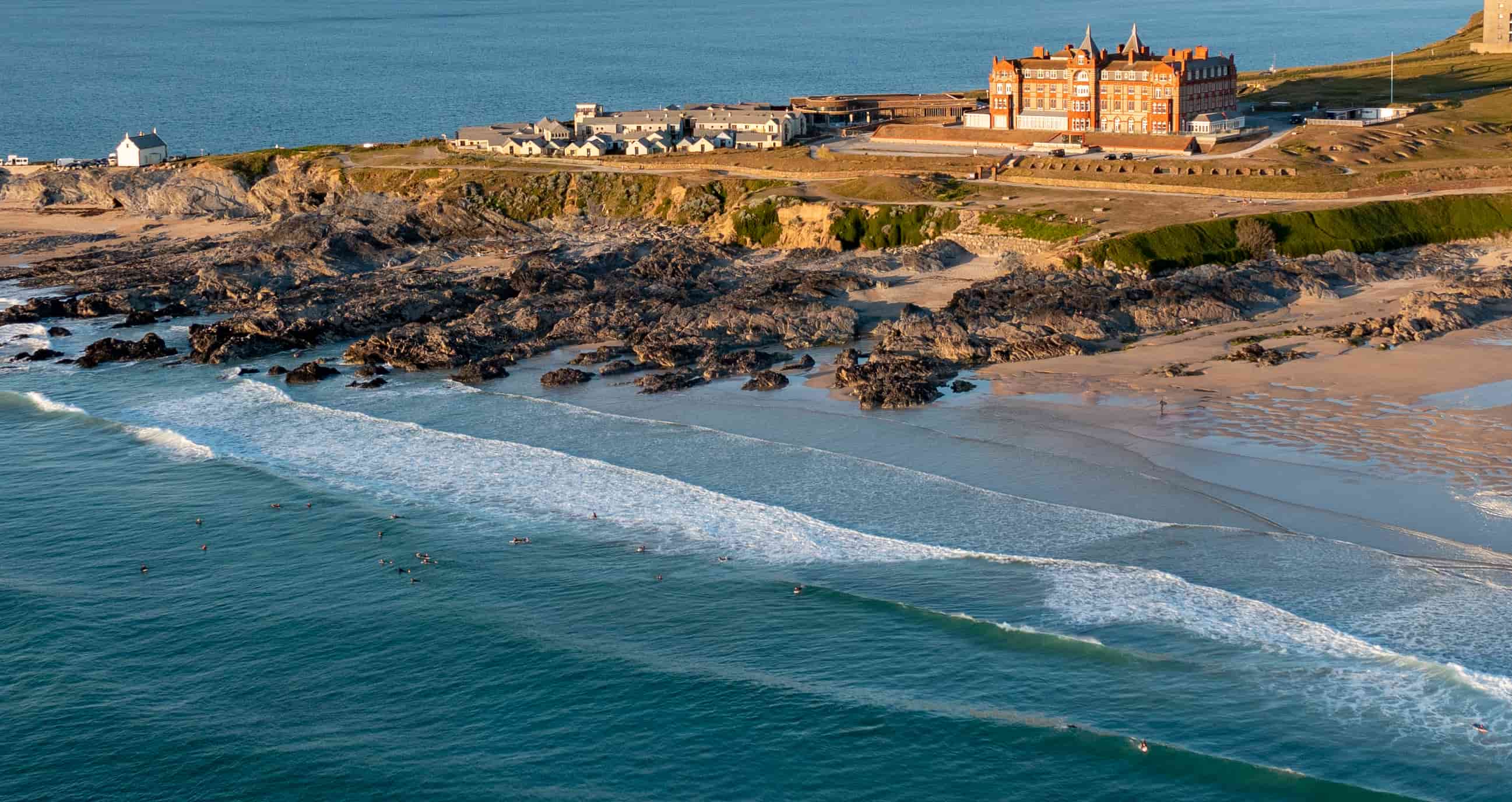 We have no doubt become accustomed to the idea of having what we want, when we want it. After all the likes of Amazon have made it all too easy for us to act on our impulses when shopping online. We can have anything delivered to us in just a click. But is it all a bit too quick? And are there negatives to this immediate gratification? Quite possibly. Though, I would prefer to look at the positives of the opposite action - Going local, and going slow.

It doesn’t take long to realise the benefits of supporting and nurturing local businesses. Local businesses are after all the backbone, and underlying identity of the country, and the counties within. For Cornwall, tourism and the surf Industry are right up there as identifying industries of the region, but this didn’t happen overnight. They have been nurtured, and this must continue.

A Brief History of Surfing in Cornwall

Surfing in Cornwall stems back to the 1920s when an adventurous group of friends saw footage of our fellow Australians riding wooden boards on an early news cast. The footage inspired them to create boards of their own and head to what was then the relatively unexplored coastline of Cornwall. They found themselves in Newquay, a small fishing village with a population of 1300 people, and it was here, surfing in the U.K was born.

Unfortunately, it wasn't too long after this until Europe was at war again and the quest for perfect peelers and turquoise waters was put on hold. Only to resurface again in the '60s, which was of course a time for liberalism, experimentation, and progression. This, combined with Britain's newfound love of the beach boys and summer holidays was the perfect catalyst to reignite a love for surfing on our shores.

It was however the Australians who helped push the boundaries further, and with the introduction of commercial air travel they were able to fly far and wide on the quest for new waves. This bought them Cornwall, and with them, they bought their surfboards.  Their boards were years ahead in design and performance which opened the eyes of local surfers to what was now possible.

As tourism became the dominant industry of Cornwall, a plethora of Hotels and B&Bs opened up to house the tourists flocking to Cornish beaches every summer. This created a real stronghold for Newquay as the destination of choice for many, and with beaches strewn down the coastline as far as the eye can see, turquoise waters, and perfect waves, it wasn't long before surfing became the number one tourist activity.

As the population of surfing reached fever pitch in the '90s, more established brands began to swarm Newquay and the Cornish coastline, and Surfing went from subculture to mainstream in a very short period of time. Quicksilver and Rip Curl quickly established themselves high street retail spots, perfectly positioned to feed the surf-hungry public all the surf-inspired merchandise they could swallow.

Luckily These brands weren't able to completely dominate the market. Karma Surfboards - Formed in 1973 and relocated to Newquay in 1983. Karma has been a mainstay of the town for nearly 40 years. Creating beautiful, bespoke, handmade surfboards, with a focus on supporting local businesses and makers through the retail arm of the shop. The Karma shop is also the home of "The Real Surfing Magazine", which casts a spotlight on local successes and stories in the surfing world - With an emphasis on local!

'Fat Willy's Surf Shack' founder 'Big Rog' was inspired by 50's music, 80's fashion and one particular trip to California which encouraged him to create the Fat Willy’s brand and open a shop in Newquay. With bamboo walls, tropical palms and walwiztzer jukebox, the vibe is very much alive at Fat Willy's!  I imagine a large number of people in the U.K have seen the 'Fat Willy's' logo at some point in their life, which itself is a fairly solid achievement in a world where almost everything is trying to catch our attention! Fat Willy's also has shops in Falmouth and Penzance, and remains a UK surf culture staple.

Another notable brand and shop with some pretty hardcore surf heritage roots is 'Zuma Jay'. Zuma Jay is one of the longest-established surf shops in Europe. Based In Bude, Zuma Jay is a surf shop run by surfers, who pride themselves on sharing their knowledge with their customers to create an honest and authentic consumer experience. I can personally vouch for this, and the phrase 'Been in? Going in?' will stay with me for life.

You can't learn to surf without a surf school (unless you're a 1930's pioneer), and love them or hate them, they are facilitating the next generation of surfers with the bug. You'd be hard pushed to travel 10 miles down the Cornish coastline without finding a surf school, many of which have now ventured out into the 'extreme activity' world, offering courses and adventure days in Coasteering, SUPing, Kayaking, Snorkelling and anything else Coast-related. A quick google search brings up no less than 13 Surf Schools, just within Newquay! With 'The Newquay Activity Centre’ taking centre stage on Towan Beach and 'Fistral Beach Surf School' taking the reins at Fistral. These Schools and Centres are helping promote water activities to people of all ages, which, in my opinion, can only be a good thing for local businesses and the tourist trade.

This is a surfing-related example of how looking local first should be our first option but hopefully, one that is relevant across various industries. This is also a great example of how a brand with a story and a soul is a powerful one. People love a brand story, whether they realise it or now. A year or so ago I was working with someone who had just gotten into surfing and made the step of ordering their first board (online). After asking him what he went for I was so deeply disappointed to find out he had ordered a board that was mass-produced in China, for the same price as a board made by a homegrown shaper. The board took so long to arrive he eventually cancelled the order, missed out on 6 months of surfing and extinguished the initial excitement of his new found hobby. The ‘buy now, have now’  business model doesn't always work the way you might envisage.

Hopefully you can sense some local favouritism here, and that is exactly the point. I'm not suggesting a boycott of all products outside of your locality, that would be silly, close-minded and impossible. There are obviously items we desire, want, and need from further afield. But what I am suggesting, is that we try to go local first in an attempt to support the businesses that are entwined in our cultural foundations.

These businesses and brands have managed to hold on to the DNA of the past, whist marching optimistically into the future and it's crucial the march continues. Some of you reading this might be thinking 'I always buy local, this doesn't concern me - And - 'I don't surf'  - To you I say Well done! But let's attempt to educate those without this mindset, and regarding the surfing I say, give it a go! There are plenty of schools to go round, and when you want to buy a board or a wetsuit, stop by one of the shops mentioned below, I'm sure they will be more than happy to help!

Below is a list of links to some Surfboard Makers and Surf Shops in Cornwall.

Ready to Get Started?

Ready to take the next step? Send us a message or give us a call to discuss your project today!
Contact Paddle Creative Now
01637 838 159
Back to all Updates